We like to think it says something about the enduring appeal of our unique pastime that we held our first quizwalk from Reigate back in 1957 and are still going strong today! 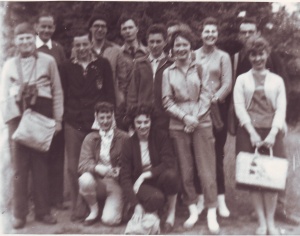 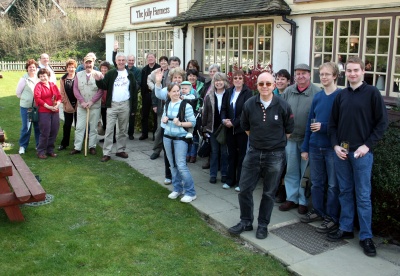 21st century quizwalkers
about to set off on a walk
Our History and Clubhouse sections offer a fascinating insight into over 60 years of club history and memorabilia. Much of the historical information comes for the archives maintained by the late Les Bradbury, our chairman between 1974 and 1986. Over the years, Les had collected and preserved copies of walks, league tables, photographs, drawings and many other interesting artifacts, enabling us to post them on the website today. How it all began 1957. The first full season: 1958. The 2007 Anniversary events. The 2017 Anniversary events. "Recollections of a Founding Member". A tribute to John Cooper. A tribute to Les Bradbury. A tribute to Roger Heath. Special events in 1993 and 2000.