Over the years, we have organised the occasional special event. Obviously the 50th anniversary was a whole special year, but other activities are recorded here...

On 26th June 1993 Roger Heath and Ken White, both aged 50, celebrated having reached their half-centuries by each holding a quizwalk on the same day.

Roger's walk started from his house in Tadworth in the morning, ending at the Wellhouse Inn, Chipstead, for lunch. Ken then walked everybody back to Roger's place by a different route to a very pleasant bar-b-que. 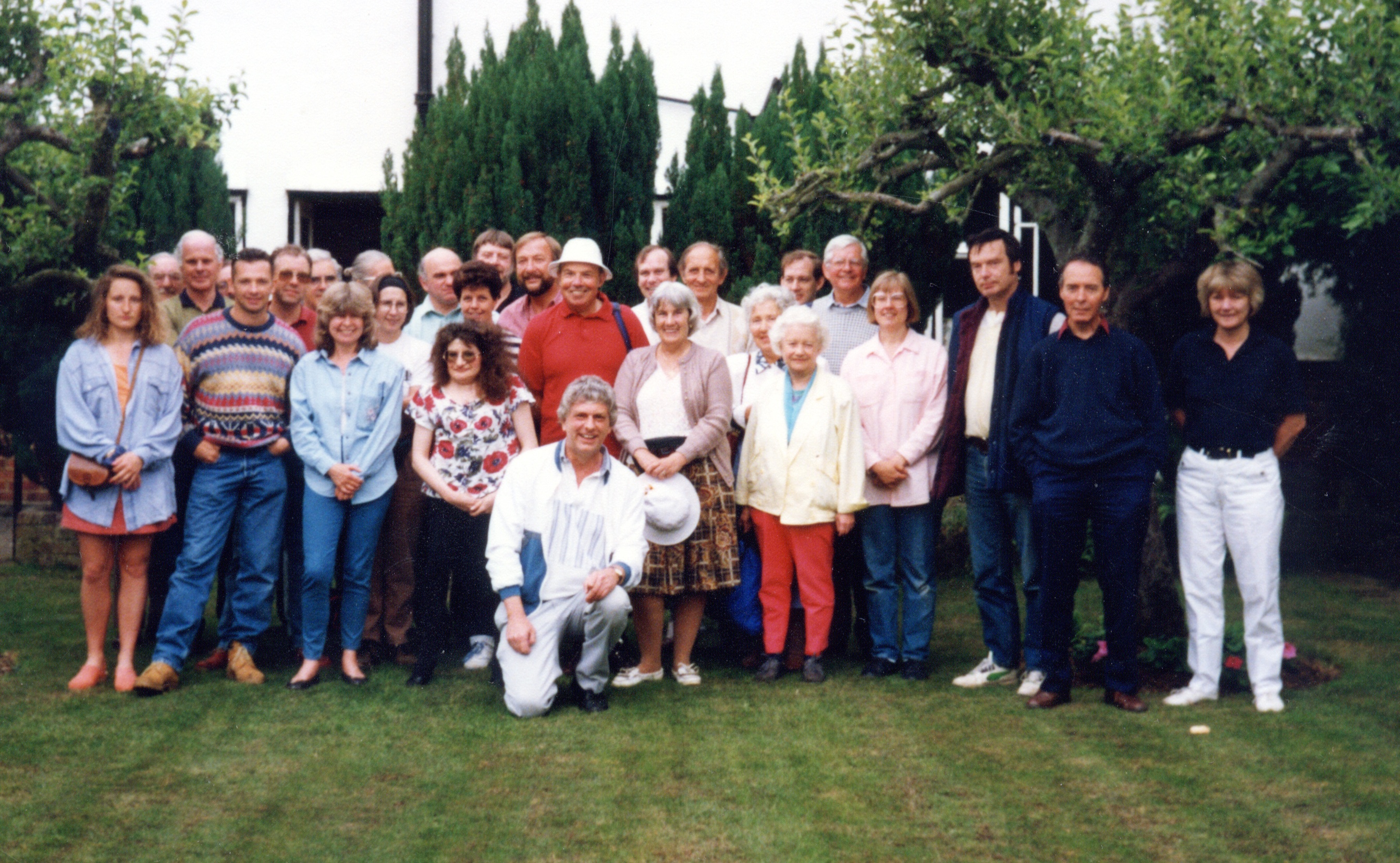 In May 2000, we were contacted by the producer of the BBC Radio 4 programme Open Country. She had been intrigued by our web-site and wanted to try and produce a short item about us for the programme. Unfortunately it was not possible to organise a proper walk on a day that their reporter was available and so, in true broadcasting style, we made a special. Roger Abbott (then chairman)I quickly rushed out to a pub where he knew we would be welcome and there were plenty of opportunities to plot a short walk.

And so in the early evening of Wednesday 28th June 2000, all of those of us who could make it met at The Royal Oak on Brockham Green. Roger had already met the BBC reporter and we did a few interviews just before we started the walk. We then ran the shortened walk in much the same way as normal and the reporter followed us and recorded anything interesting.

By the end, it seemed that there was plenty of material and, while we had celebratory refreshment, the man from the BBC headed home to his Birmingham studio. Two weeks later, we had our 4½ minutes of fame on Open Country. A thoroughly enjoyable experience.

Play recording of our part on Open Country

Link to walk event for details of route, questions, etc.